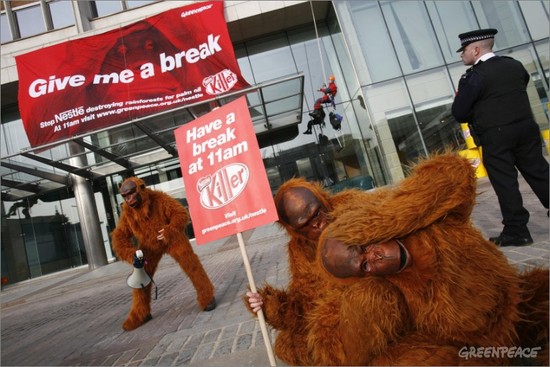 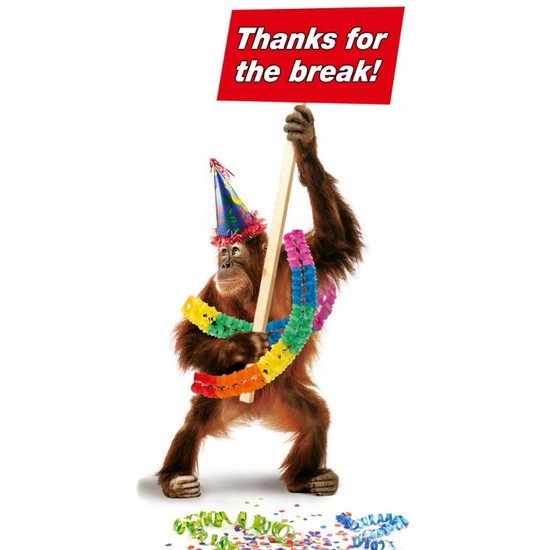 Enlarge
Publ. date 18 Nov 2011
Using social media, Greenpeace saved large parts of the rainforest. How? By mobilizing the online community to make Nestlé stop using palm oil. The unsustainable extraction of palm oil lead to deforestation of the rainforest and therefore, Greenpeace came into action. The success of this social media campaign illustrates the importance of responsible companies and their social media presence.

Involve the crowd in pressuring organizations

In 2010, Greenpeace started a large campaign to convince Nestlé to stop buying palm oil from Indonesian companies such as Sinar Mas. Their extraction methods for palm oil had a major influence on the rainforest and its endangered animals such as the orangutan. Via the Greenpeace website, people could send an e-mail to the CEO of Nestlé and there was also a video published on YouTube to show the link between the KitKat brand and the mass extinction of the orangutans.

Censorship as catalyst for participation

The YouTube video was removed by Nestlé, because of copy right infringement claims. As a response, Greenpeace offered the video as download and people could upload the video themselves. The video spread rapidly across the web and new copies kept on showing up.

In addition, Facebook was used to comment on the palm oil dilemma of Nestlé and a KitKat logo with a reference to the orangutans did the rest. Nestlé responded directly by removing the logos and a strict censorship on the messages. This reaction was a catalyst for the online crowd to do some serious brand damage and the Greenpeace campaign received even more attention. The video for the campaign was watched over 1.2 million times and Nestlé received more than 186,000 emails.

Some months after the campaign, Nestlé communicated that from that moment, they will only use ‘sustainable’ palm oil. Suppliers that are connected to deforestation, illegal activities, social issues or environmental problems will no longer be affiliated with the company and Nestlé promised to actively work on a sustainable supply chain.

The Nestlé case underlines the importance of online communication via social networks. Due to the reactive Nestlé attitude, the crowd was triggered to take part in Greenpeace’s campaign. This has led to a more successful campaign for Greenpeace and a changing attitude by Nestlé. Through social media, consumers can learn more about the corporate culture than via press releases or advertising. This asks for a different approach to communicate online.

If you would like to know more about the opportunities of social media for your organization, please contact Nikkie Vinke, consultant, at nikkie@finchandbeak.com or +31 6 28 02 18 80 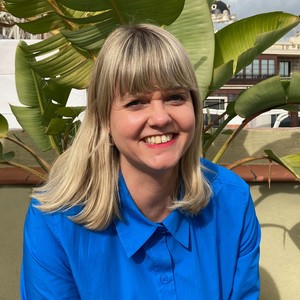 More about Nikkie
Read more on...
Related articles
The cocoa sector is facing a transition

Are top brands really sustainable or is it only perception?