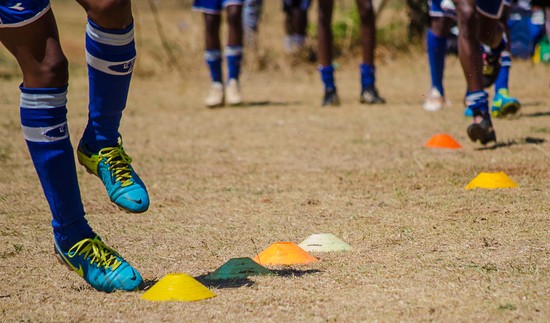 Enlarge
Sign Up
For the 13th time in history, the famous World Cup Football for homeless people will be organized. Amsterdam was announced as the city to host the annual event in 2015. Between 12-19 September the Museumplein in Amsterdam will welcome more than 500 homeless participants from all over the world to strive for the championship.

Back in 2001, the founder of the Homeless World Cup, Mel Young, wanted to make a significant change to the lives of homeless people by doing small things. Based on the recognition that football is one of the sports that really connects and touches people, and his personal interest in the game, Mel started the Homeless World Cup. These days, the initiative spans the globe with a network of 74 partner organizations representing 74 nations around the world.

Together with its street football partners, the Homeless World Cup operates in 420 cities reaching 100,000 homeless people each year. So far, more than 1 million lives have been positively changed through football. It offers homeless people from around the world a chance to a better life.

Each year, 500 players from all over the world are being selected to compete in the annual tournament. Of those participants:

This year, the tournament will be organized in Amsterdam for the first time. "By bringing in the Homeless World Cup in 2015 we have a dream come true" said Dutch Homeless World Cup National Partner Stichting Life Goals chairman Frans Derks. "This event, with great partners, increases the impact of our work so that everyone can see that sport is much more than just the game." Amsterdam is being known as a socially-engaged city with an open outlook, which is perfect to organize an event such as the Homeless World Cup.

Partner organizations of the 2015 bid, including the Amsterdam municipality, the Salvation Army, the KNVB and the Ministry of Security and Justice attended the official launch. In addition, the 18 European partners of the Homeless World Cup program who work with homeless people throughout Europe and Patrick Gasser, Senior Social Responsibility Manager at UEFA also joined the official launch.

If you are interested in more information about the event, please visit the website of Homeless World Cup or from its Dutch partner Stichting Life Goals. Check also the personal stories (videos) on the website, where various people explain how the Homeless World Cup and football changed their lives.

Sponsorship in a Social Context