Feyenoord is going to ‘Score South’ 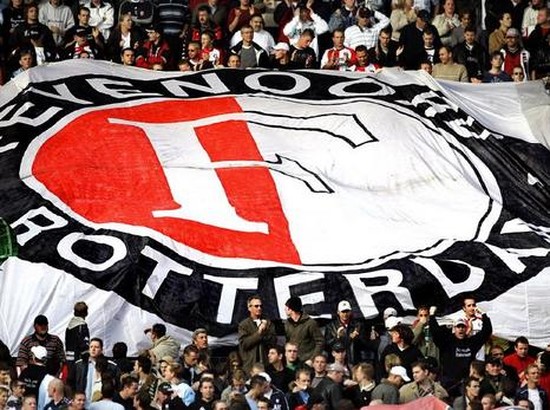 Enlarge
Publ. date 23 Apr 2009
Feyenoord wants to show more societal involvement in its own region. For that reason the club commences the project ‘Scoring on South’ (Scoren op Zuid) which kicks off next season. In this collaboration with the municipality of Rotterdam Feyenoord will primarily focus on ‘sport and education’. “We are a people club and want to show what we stand for,” says marketing coordinator Claudia Vermoen of Feyenoord.

According to research by panel-based consumer researcher GfK Panel Services Benelux in collaboration with Finch & Beak, which was published early April in the Algemeen Dagblad, it shows that supporters find value in their favourite club making a contribution to society. This engagement contributes to goodwill and fans for the future. The research shows that Feyenoord is losing supporters under the youth in Rotterdam-South.

Vermoen is not surprised by those conclusions. Feyenoord was for that reason already working on adjustments in their CSR policy. “In the past we were only looking for big projects that we could attach ourselves to. We collaborate with War Child and the Sophia Children Hospital. This will be joined by a third project.”

For professional soccer clubs in the Netherlands corporate social responsibility is still in its infancy. FC Twente belongs, with the project ‘Scoring in the district’ together with NAC’s “Streetleague” in which all housing corporations of Breda participate, to the frontrunners. “It is a trend which has drifted over from England,” says Vermoen. “Clubs such as Arsenal and Chelsea do a lot for the district in which they are situated. Feyenoord soon will too. Feyenoord will amongst other things be involved in school sport. For that players and trainers are being mobilized. We have sought liaison with existing initiatives. For the new stadium we want something from the municipality. As a club you have to give something back in that case.”

Would you like to know more about effectively employing district oriented initiatives that fit within the goals of your organization, please contact Jan van der Kaaij, Managing partner at Finch & Beak on jan@finchandbeak.com or +31 (076) 522 28 17.