The Latest Climate Science from the IPCC 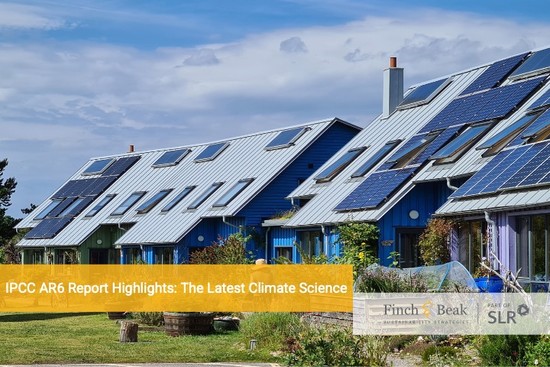 Enlarge
Publ. date 29 Jul 2022
The Intergovernmental Panel on Climate Change (IPCC) produces a set of major reports every seven years summarizing the latest climate science and its implications for human society. This article is the first in a series of four blog posts unpacking the key pieces of information from the reports and explores the key highlights from the AR6 Climate Change 2021: The Physical Science Basis report that considers the emissions pathway we are tracking, the topic of abrupt climate tipping points, and the logic of a 1.5°C versus 2°C target.

For many familiar with the topic, this report did not provide many headline surprises, although it did provide an update to its climate scenario modeling and included the outputs from a new set of climate models (CMIP6). This means more advanced and up-to-date forward-looking physical climate risk data is available for scenario analysis and planning.

Key highlights from the report:

The goal of the Paris agreement is to limit global warming to well below 2°C, preferably to 1.5°C, compared to pre-industrial levels. The IPCC found that the world has warmed by an average of 1.1°C and in all emissions scenarios, global warming is expected to reach 1.5°C “in the early 2030s.” 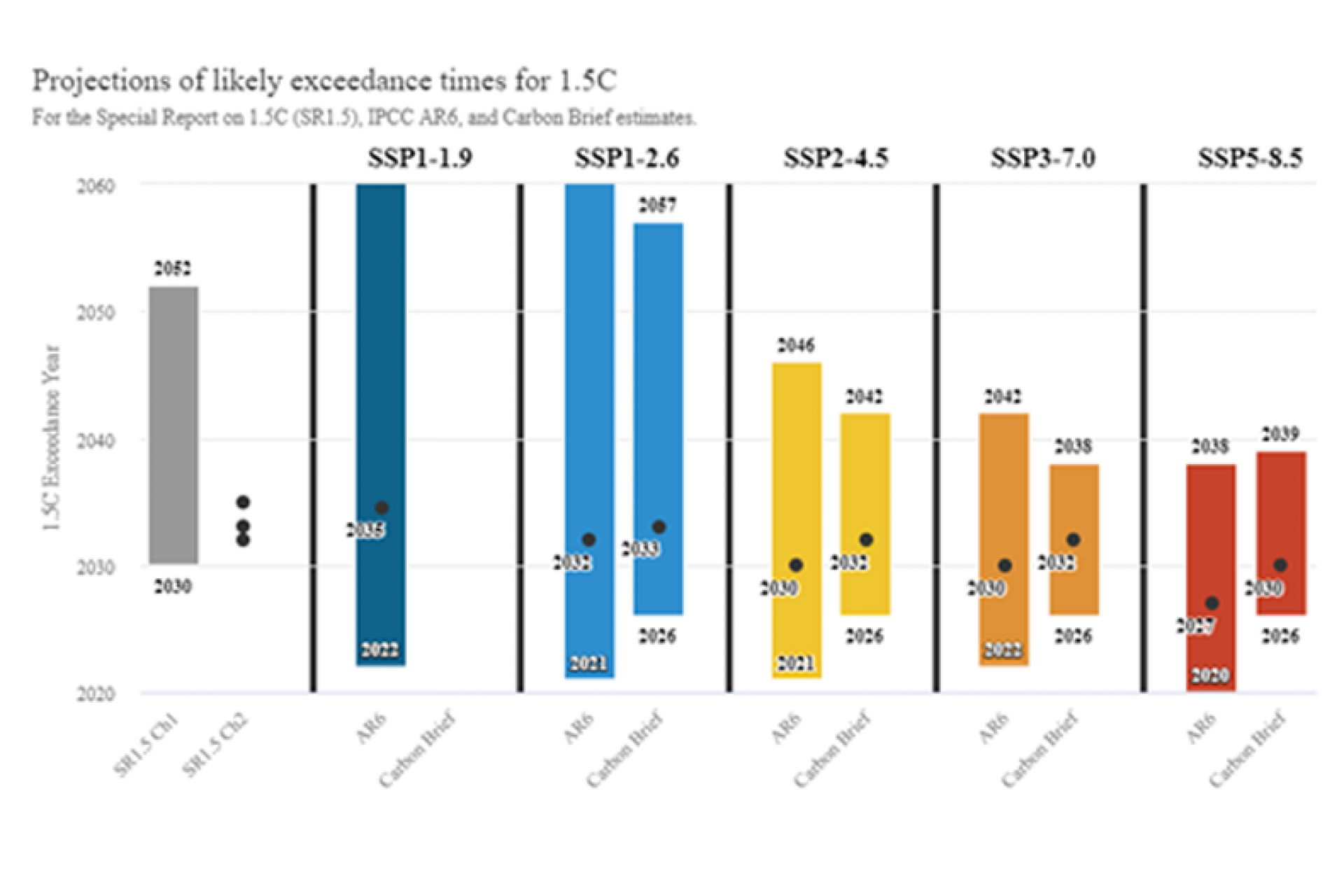 Much of the warming which will occur up until 2050 is already ‘locked into’ the system due to past emissions that are yet to translate into temperature rises. This is why all of the warming pathways look very similar for the next 10 years or so. In effect, we are seeking to influence how much warmer the world gets beyond the 2030s and what we do this decade will be key.

It is easy to assume that so long as we meet the 2°C target we will have mitigated the worst impacts of climate change, but unfortunately the reality is not so simple. Indeed, 1.5°C or 2°C have always been political aspirations rather than science-based. Global warming is ultimately influenced by concentrations of greenhouse gas in the atmosphere and these are already at unprecedented levels.

For hundreds of thousands of years, the planet has been cycling between cold and hot periods, known as glacials (i.e., ice ages) and interglacials. Each cycle usually takes place over ~100,000 years and in these cycles global average temperatures during interglacials tend to be about 6°C warmer than the cold glacials.

The most recent period of human civilizational development occurred during the Holocene, a warm period (interglacial) that started about 12,000 years ago after the end of the last ice age. The Holocene has been a period of relative climate stability, with temperatures close to or slightly above pre-industrial levels since 7,000 years ago.

However, since industrialization, global temperatures have increased and are now higher than at any time since the last interglacial, over 100,000 years ago. The rate of recent temperature change is unprecedented. We will soon (if we are not already) be departing from conditions under which human civilisation developed and thrived. 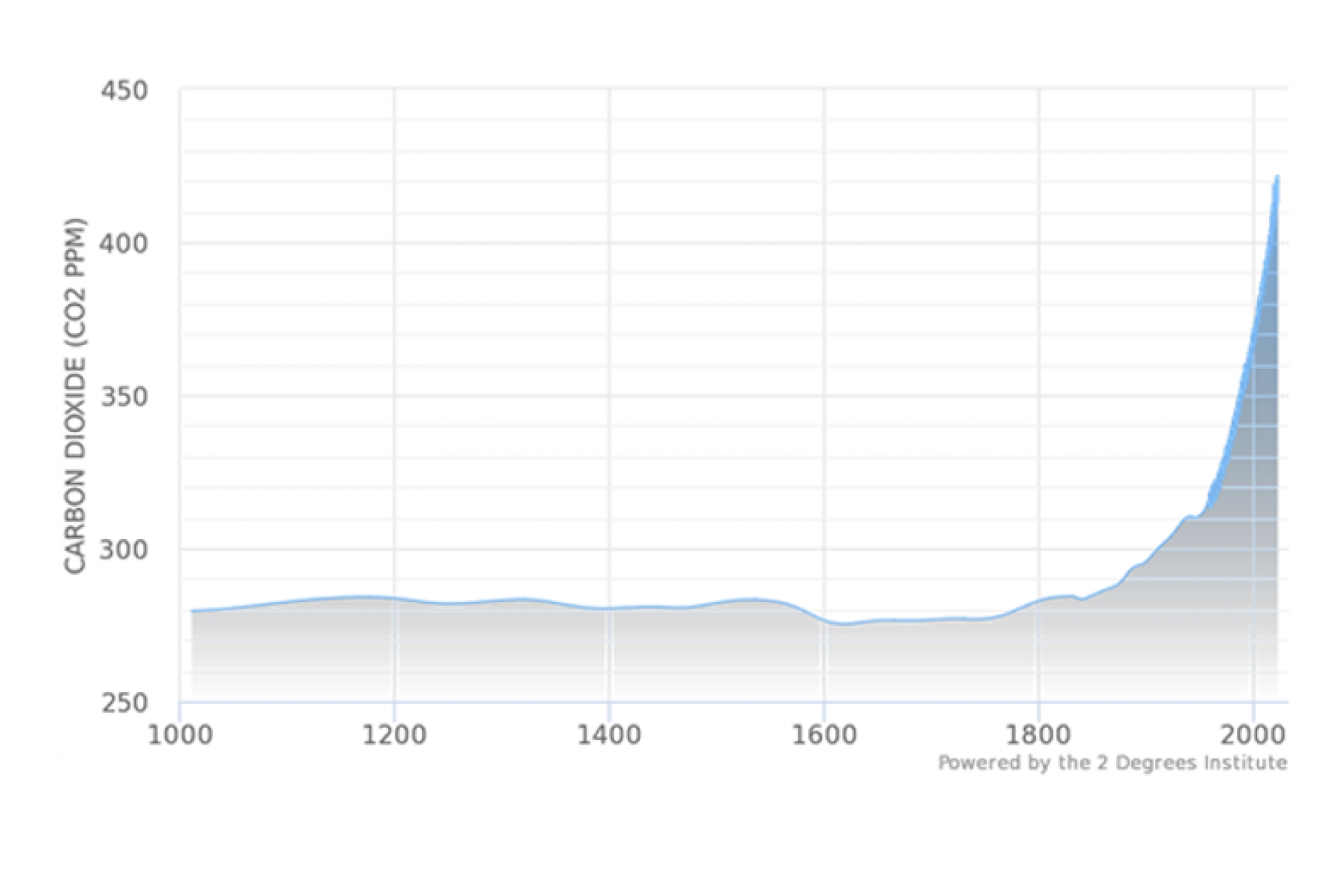 Since 1901, global mean sea level has risen by about 0.20 m and it continues to rise at an “accelerating” rate. The report states, with high confidence, that the rate of sea-level rise in the 20th century was faster than during any other century in the last three millennia and that this rate of rise has increased since the 1960s. 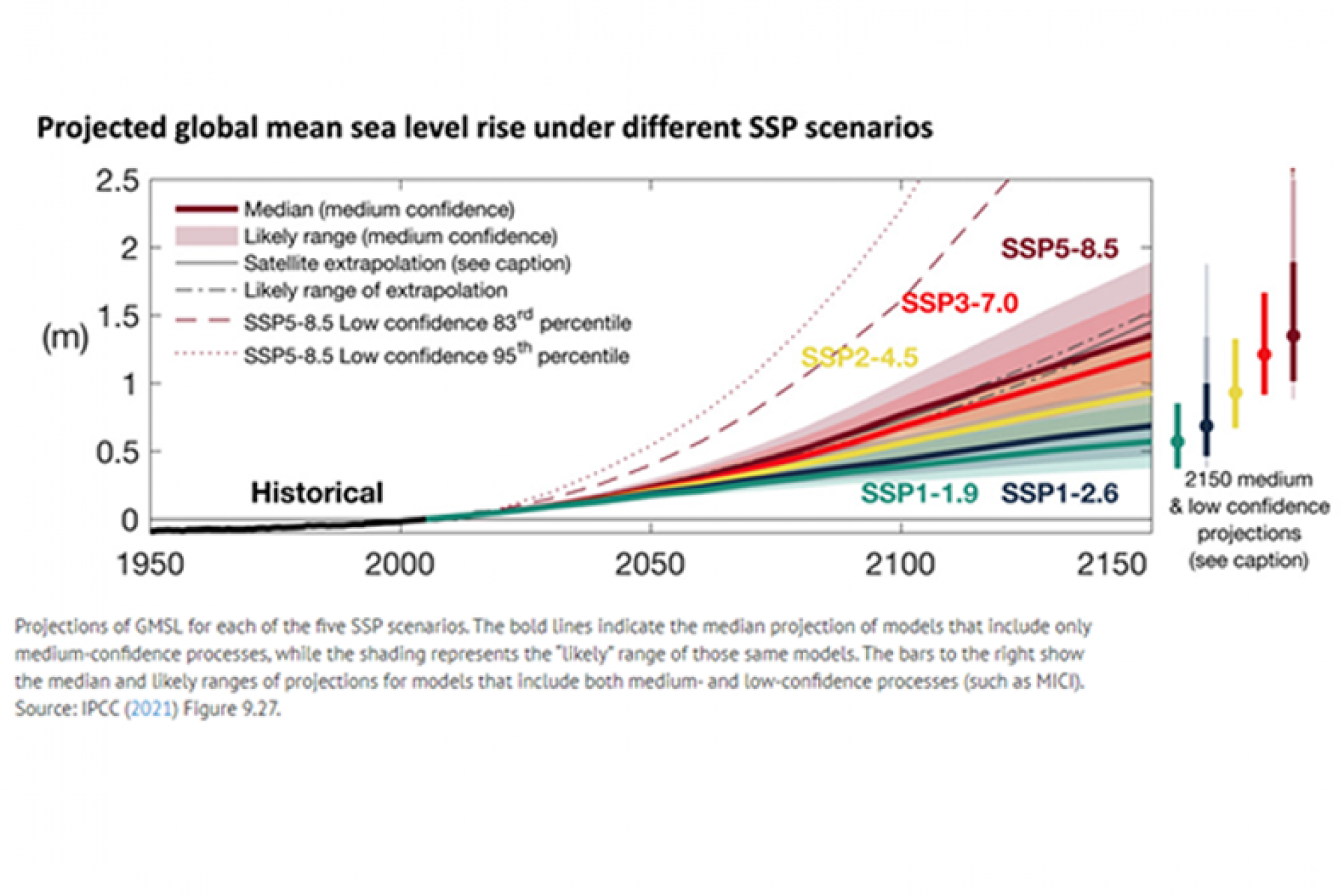 Climate scientists are telling us that there is a danger that climate tipping points will be breached. However, there is a low level of certainty as to if and when that may occur. What we do know for sure is that for every extra tonne of greenhouse gas emissions released into the atmosphere, the likelihood increases. Surely it would, therefore, make far more sense to have a target to reduce emissions to stable levels, e.g. 350ppm CO2 concentration in the atmosphere as has been the case for much of human existence, rather than a a 1.5°C or 2°C target, which is still well above the previously stable levels.

The IPCC AR6 Climate Change 2021: The Physical Science Basis explores the implications of abrupt changes and “tipping points”. The IPCC finds that the way that the Earth system is responding to warming is currently “proportionate to the rate of recent temperature change” but “some aspects may respond disproportionately”. In other words, there is an expectation that system responses to continued emissions and temperature rise may become increasingly non-linear.

A “tipping point” is defined as “a critical threshold beyond which a system reorganises, often abruptly and/or irreversibly”. Multiple tipping points may lead to a feedback mechanism that sees temperatures spiral, which is often referred to as ‘runaway climate change’.

The report finds evidence of abrupt change in Earth’s history and some “are associated with significant changes in the global climate”, such as “deglaciations” when an ice age came to an end. The report goes on to say, “such events changed the planetary climate for tens to hundreds of thousands of years....”

However, climate model projections for the next century currently do not show “non-linear responses… which indicate a near-linear dependence of global temperature on cumulative GHG emissions.” However, the summary for policymakers notes with high confidence that abrupt responses and tipping points in the climate system “cannot be ruled out”. So the good news is the models do not show tipping points being triggered, however, that does not mean they cannot be.

The report examines different potential tipping points, such as the shut down of the Gulf Steam, or thawing of permafrost which has the potential to release methane (a greenhouse gas which the IPCC AR6 states is 27-30 times more potent than carbon dioxide over a 100 year time period). 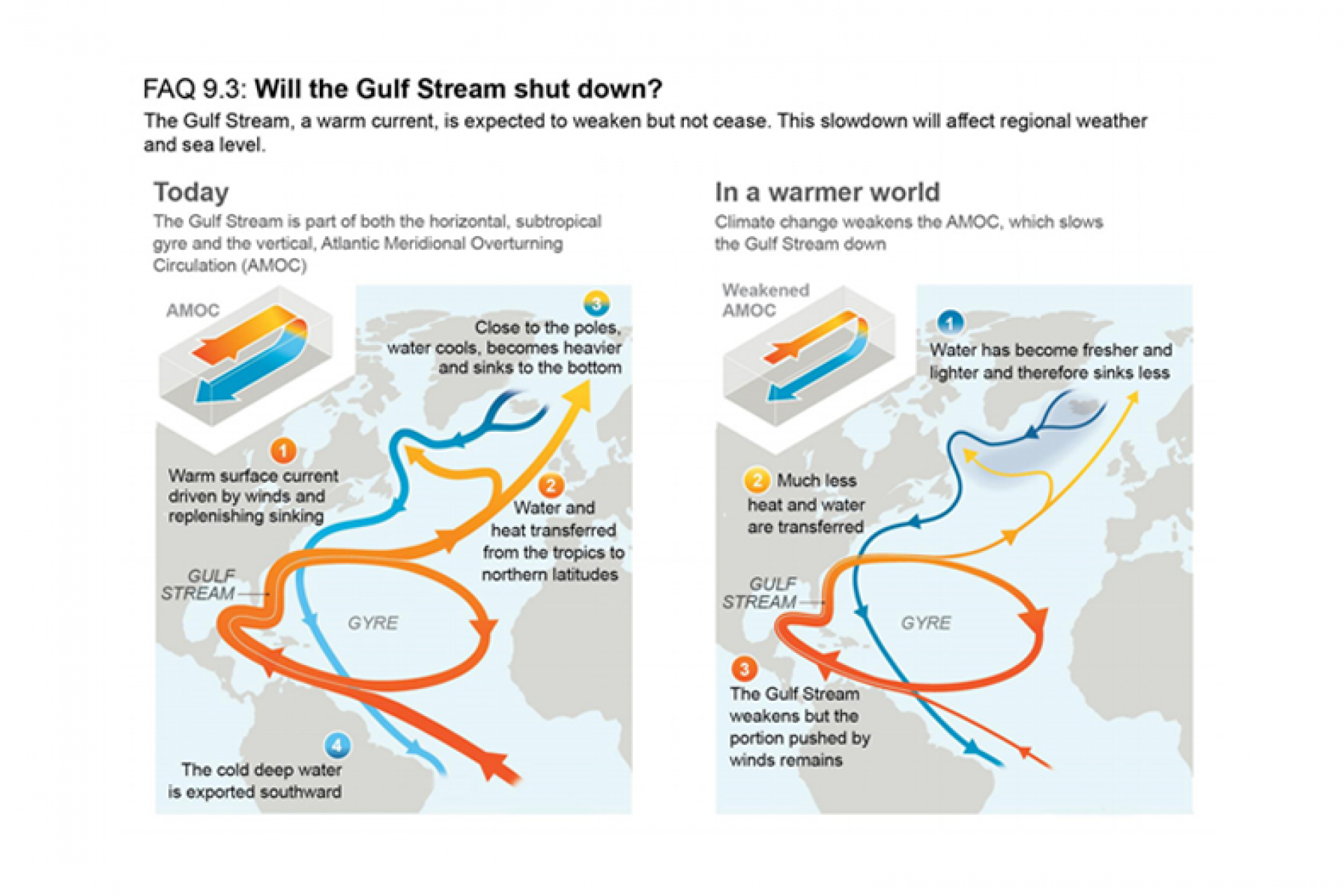 FAQ 9.3: Will the Gulf Stream shut down?

Which scenario are we tracking? 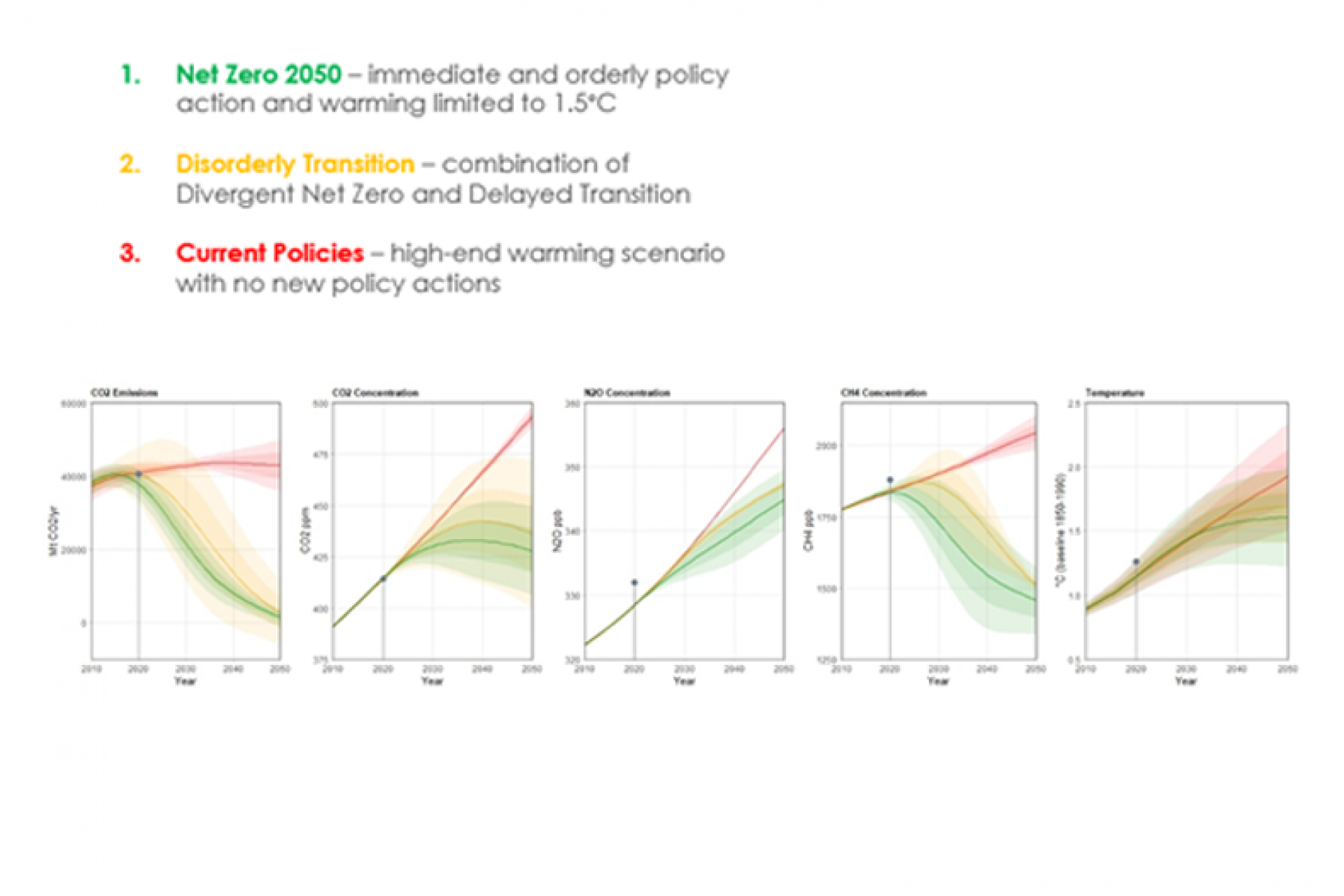 The conclusion for 2021 is that the world is tracking a high-emissions scenario. The actions of global society over the next decade and beyond will influence the future direction of travel, since total CO2 emissions feed directly into the overall CO2 concentration in the atmosphere.

At Finch & Beak, our purpose is to accelerate sustainability within the business of our clients. Together with our fellow companies from SLR Consulting, we offer a wide range of TCFD support services:

If your organization requires support on implementing the TCFD framework, reach out to Gijs-Jan Groeneveld, at gijs-jan@finchandbeak.com or call +31 6 28 02 18 80 to discuss how Finch & Beak can assist you.

How to Develop a Strong Climate Strategy