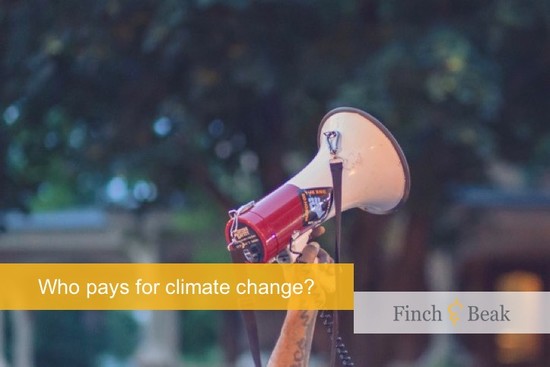 Enlarge
Publ. date 22 Jan 2018
New York City is suing five major oil companies for their contribution to climate change. This new lawsuit highlights that the time for companies to pay for previously unaccounted externalities may come faster than expected. So it is increasingly important for companies to perform impact valuations in order to gain insights on their negative and positive externalities, and learn how to mitigate risks and leverage opportunities.

New York City has announced on Wednesday January 10, 2018 that it was joining the growing number of American cities seeking to hold companies in the fossil fuel industry accountable for present and future impacts of climate change. Specifically, New York City mayor Bill de Blasio explained that the city is filing a lawsuit to the federal court of New York against five major oil companies: BP, Chevron, Conoco Phillips, Exxon Mobil and Shell, asking for billions of dollars in reparations.

Like many other cities around the world such as Miami, Jakarta and Durban, New York City has experienced the negative and costly effects of climate change mainly due to flooding and erosion. For example, Hurricane Sandy in 2012 cost the city up to 19 billion dollars in damages. The city continues to spend billions of dollars to deal with the future consequences of climate change, but it is not enough to cover all the costs of repairs, renovations and new infrastructure needed to become climate-proof.

The suit declares that these five oil companies should pay for the city’s resiliency efforts because they have produced 11 percent of all global-warming gases through the oil and gas products they have sold over the years. It also says that the oil companies have known about the link between burning fossil fuels and climate change for years and have tried to hide the conclusions of their own scientists instead of taking action to reduce this negative externality.

Such lawsuits show the emergence of new means for stakeholders to hold corporations accountable for their actions. As a potential result of the lawsuit, we could start seeing companies being forced to pay up for externalities that were previously omitted from their balance sheet. To better understand and prepare for such events, impact valuation can be used to help companies measure and monetize their negative and positive impacts on society.

By calculating impacts on society and translating them into monetary values, it becomes possible to develop a shared language and compare impact across dimensions. However, simply offsetting negative environmental impact with a positive social impact (or vice versa), will not be enough to convince critical stakeholders.

As we are reaching a new era where businesses are held accountable for their negative externalities, fossil fuel companies are not the only ones facing more scrutiny. Companies in all industries are under pressure to be more transparent and accountable with regards to their different social and environmental impacts.

It is too early to tell if this lawsuit will be won by the City of New York. If it is, oil companies will start seeing the large monetary impact of their negative externalities on their bottom line. This could wake up dormant investors, and encourage a global movement pressing more companies to reimburse society for their negative impacts.

Is your company planning to start measuring and evaluating its impact? Finch & Beak has developed a comprehensive step by step approach based on the WBCSD's Natural and Social Capital Protocol to help you reap the benefits of Impact Measurement & Valuation. Please contact Josée van der Hoek, Director, at josee@finchandbeak.com or call +31 6 28 02 18 80 for more information.

Can Investors Spur Shell Towards a Clean Future?