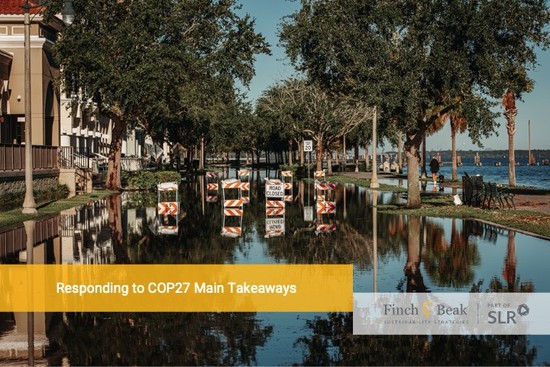 Enlarge
Publ. date 17 Dec 2022
The recent COP27 once again highlighted urgent topics that need global attention, results that were achieved (and unfortunately also those that were not), and provided enough challenges and considerations for organizations and countries to deliberate forthcoming change. A new agenda topic is that of loss and damage which unified countries in agreement about establishing a fund for assisting and supporting developing countries. In this article, we briefly elaborate on some of the main topics discussed, highlight takeaways of the event that are worth considering as part of an organization’s sustainability agenda, and specifically, consider how these challenges can be addressed through the activation of material ESG topics. The downloadable checklist for materiality activation is a helpful tool to support your organization in starting the process.

COP27: Picking up where COP26 left off

The 27th Conference of the Parties of the UNFCCC, referred to as Africa’s COP, took place from 6-20 November 2022 in Sharm el-Sheikh, Egypt. The discussions and negotiations at COP26 Conference that took part in Glasgow in 2021 resulted in the Glasgow Climate Pact and agreements from participants to submit their updated National Climate Plans containing more stringent commitments and more ambitious targets for GHGs emissions reduction with the start of the next edition. A goal that was unfortunately only met by 24 out of the 193 countries at the start of this year’s conference. The fact that the annual $100 billion in finance that was promised to developing countries to finance adaptation and mitigation measures at COP15 in Copenhagen was not entirely delivered also tainted the environment of ‘promises’. In 2020, the OECD assessed that the amount delivered was $83.3 million.

However, this year’s focus on moving from negotiations to implementations, the backdrop of geopolitical instability, and the necessity for urgent effective measures set the tone for some turning points. Which was indeed the case with the debates and the outcomes of negotiations leaning more towards adaptation rather than mitigation, creating an environment at this Conference where developing countries could raise their voices, be heard, and get support.

Even if progress in the adaptation sphere is an important progress-point, it is fundamental to remember that adaptation follows mitigation and that if no progress is made toward mitigation actions, the urgency of adaptation measures will continue to increase. Luckily, the needed transition does not depend only on the outcome of negotiations because if on a country level progress is based on agreements and legislation, this is not the case for private companies. Actions that can be taken by organizations to immediately start contributing to climate change mitigation include, but are not limited to:

Responding to the main takeaways from COP27

With the conference and the outcomes still fresh in the minds of attendees and followers, it is worthwhile to zoom in on some of the main takeaways of the recent Conference and explore the implications for countries and companies.

Although the developments are mainly related to adaptation measures rather than mitigation actions and to agreements and actions on a country level, businesses will do well to ask how they can act on and respond to the developments and play a role on the company level by embedding ESG in their organizational strategies.

Leveraging materiality on a company level to ensure a sustainable transition

Throughout the Conference, many short-term topics emerged and were discussed that can be addressed by companies to make sure that at a global level we stay on track to reach our targets.

Issues like decarbonization and protecting biodiversity was highlighted as fundamental issues to be addressed and to be on the sustainability agenda both on a country and company level if we want to prevent the worst climate scenario. And it’s no coincidence that these topics are also consequently elements considered by most organizations when making future sustainability decisions. For organizations to ensure they are aligning their sustainability agenda with that of the rest of the world, it is imperative to consider the impact of your business on the environment and on society.

A useful tool that can help your company in either starting or accelerating your sustainability journey and in defining your impact is the double materiality assessment (resulting in a materiality matrix) and the subsequent activation of core material topics. The materiality process enables the identification of the most relevant ESG impacts for both the company and its stakeholders and with the newly approved European Corporate Sustainability Reporting Directive (CSRD) something that is not only helpful but also soon to be mandatory.

A best-case example of a company that has been able to incorporate the main issues raised during the Conference as part of its sustainable development is DSM which identified three environmental topics (Climate and Energy, Resources & Circularity and Nature and Biodiversity) as three of their most material sustainability issues. The company updates its materiality analysis on an annual basis to assess material topics that are both relevant to society and have an impact on its businesses and activates its materiality matrix by having three identified focus domains accompanied by roadmaps, long-term targets and action plans to measure progress.

Interested in applying materiality to ensure your organization's sustainability agenda is on track?

At Finch & Beak, we provide organizations with support to accelerate their sustainability strategies, and one of the ways in which we do this is by conducting double materiality assessments.

If your organization is considering a materiality assessment or require support on its sustainability path, reach out to Gijs-Jan Groeneveld at gijs-jan@finchandbeak.com or +34 6 82 04 83 01.

Photo by AlteredSnaps on Pexels 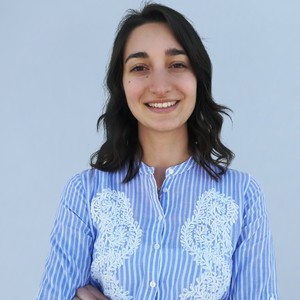 Young sustainability professional aiming to help companies and societies rethink and minimise their impact on the environment. aurora@finchandbeak.com

More About Aurora
Read more on...
Related articles
Reflecting on COP27 and the accountable road to COP28

No Time to Waste, the Only Way is Forward

Double Materiality as the Foundation for Sustainability Strategy