Inspiration and Tools to Transform Plastic Waste into Value

Accelerating the move away from plastics in 2018 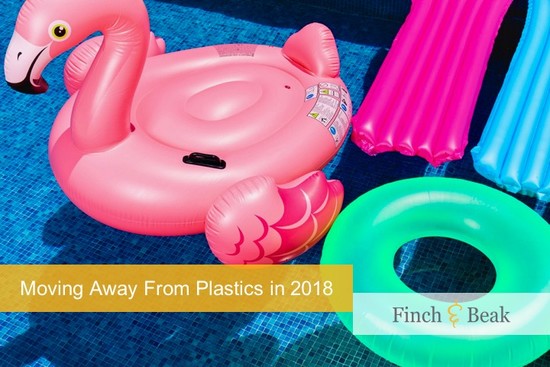 Enlarge
Publ. date 6 Apr 2018
More than 40 years since the introduction of the universal recycling symbol, the worldwide usage of plastic has skyrocketed causing unprecedented environmental impacts on the planet. However since the start of 2018, plastic waste has been very high on the agenda. This was not only seen in the talks in Davos, but also through the increasing number of commitments made by companies such as Lego, Coca-Cola, Evian and Adidas to name a few, to reduce, reuse, recycle and recover the plastic in their supply chain.

Last February, an Amsterdam grocery store was in the public eye when it opened an entire aisle where shoppers can find more than 700 plastic-free products including meat, rice, sauces, dairy, chocolate, cereals, yogurt, snacks, fresh fruit, and vegetables. Packaging that looks like regular plastic is bio-based and compostable, while everything else is packaged in materials that are recyclable such as aluminum or glass. Zero-waste grocery stores have been popping up in other cities around the world such as Berlin, Montreal, and London.

Large companies are also making big commitments to reducing plastic waste. In March, Danish toymaker Lego announced the launch of its first-ever pieces made from plant-based materials. The new pieces are made from a bioplastic sourced from Brazilian sugarcane and will start appearing in Lego kits this year. The company's eventual goal is to transition to plant sources for all of its building bricks by 2030.

Eleven other companies such as Amcor, Coca-Cola, Evian, and Walmart have also reaffirmed or announced pledges for 100% reusable, recyclable or compostable packaging by 2025. Finally, Adidas and Parley have partnered to transform marine plastic pollution into performance sportswear and have already sold over 1 million shoes by the end of 2017. We see that plastic innovation is accelerating and we expect that companies that are rethinking plastic today will gain a competitive advantage in the long term. Indeed, companies see gains from maximizing product use, increasing resource efficiency and reducing costs.

Although the business opportunity for a sustainable plastic economy is huge – the circular economy’s potential is $4.5 trillion – companies may find it challenging to find a concrete starting point to identify tangible business opportunities within their business and are lacking a common understanding of the topic.

In reaction to this challenge and increasing environmental pressures, the European Commission adopted an EU Action Plan for a circular economy in 2015 with a goal of ensuring that all plastic packaging is recyclable by 2030. Starting January 2018, the EU Strategy for Plastics in the Circular Economy was passed under the EU Action Plan with the objective to help key players transform the way plastics and plastic products are designed, produced, used and recycled. The Strategy emphasizes that the only way the 2030 goal can be achieved is if key players such as plastics producers to recyclers, retailers, and consumers collaborate to:

Additionally, the commission has set up a monitoring framework on progress towards a circular economy composed of a set of ten key indicators which cover each phase: production, consumption, waste management and secondary raw materials, economic aspects (investments and jobs) and innovation. These resources show companies and other players that move away from plastics is accessible and necessary.

Want to explore the business opportunities of the circular economy?

Inspired by the examples of Adidas, Coca-Cola, and Evian but don’t know where to begin? The Circular Economy Sprint can help guide you to unleash the potential of the circular economy for your organization within just 7 weeks. Please contact Jan van der Kaaij, Managing Partner, at jan@finchandbeak.com or +31 6 28 02 18 80 to leverage your business opportunities from the circular economy.

3 Solutions to Tackle the Plastic Soup