Making a Splash instead of Going with the Flow 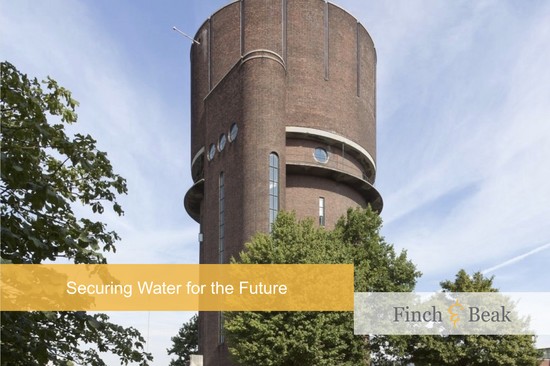 Enlarge
Publ. date 20 Aug 2018
Earlier this summer, Finch & Beak’s team in the Netherlands moved into a new office, located in a 1930s water tower in the Belcrum area of Breda. While the Dutch have a complex history with water, the ongoing drought across Europe is putting water scarcity on the collective agenda, even in areas where it was thought to be abundant.

Opened in 1934 and operational until the end of 1994, the Belcrum Water Tower was built to form “a grand accent in the silhouette of Breda", and still is one of the tallest water towers in the Netherlands. Carefully chosen materials underline the care for an aesthetically pleasing image in the style of the Amsterdam School. As of 2002, the tower is used as an office location, where Finch & Beak is one of its newest residents.

The Water Tower’s original function, to keep the pumped-up water for the city’s water supply network under pressure, emphasizes the elaborate infrastructure needs for an effective management of water – then and today. With around a third of the country’s surface lying below sea level, The Netherlands has a complex relationship with water.

As water management is deeply rooted in the Netherlands’ history and culture, it is only fitting that it is one of the priorities of its trade and development cooperation agenda. Efforts are focused on increasing water security and safety in urban deltas and on sustainable access to water, sanitation and hygiene in both urban and rural areas.

The most recent evaluation by the United Nations of Sustainable Development Goal 6 on water concluded that SDG 6 is ‘off track’ from its aim to make clean water, safe sanitation, and hygiene available to all by 2030. Following the High Level Panel on Water consultation, the new Valuing Water Initiative unites Dutch Ministry of Infrastructure and Water Management with Peru, South Africa, Bangladesh, Mexico and the World Bank in a collaborative process aimed at making progress on financing and valuing water by building champions and ownership at all levels.

Launched at the United Nations' High Level Political Forum in New York on 17 July, the initiative is based on five core principles:

Curious about the Water Tower?

On Saturday 8 September the Belcrum Water Tower is open to the public during the National Open Monuments Day. Want to talk about accelerating sustainability over coffee at the Water Tower on another day? Contact Nikkie Vinke, Senior Consultant, at nikkie@finchandbeak.com or call +31 6 28 02 18 80. 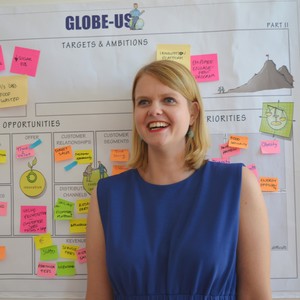 More about Nikkie
Read more on...
Related articles
Spanish water regime works out for both farmers and nature