Is offshore wind the dormant contingency? 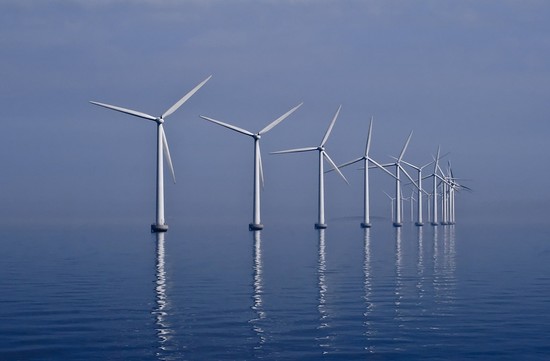 Enlarge
Publ. date 12 Jun 2017
In an era where global awareness for climate change and its impacts is more increasing than ever, Donald Trump’s decision to withdraw from the Paris Climate Agreement seems to conflict with recent global trends. Rather than following Trump’s withdrawal, national leaders from different continents are accelerating their efforts. One of the main focus areas to counter climate change is the roll out of renewable energy, with offshore wind as one of the sleeping giants.

The key focus of the 2015 Paris agreement is to keep global warming during this century below 2 degrees Celsius. According to the International Renewable Energy Agency, half of the emissions reductions will already be provided in case 36% of the global energy will come from renewable sources by 2030, with wind and solar power as major contributors.

While the energy transition from fossil fuels to renewable energy sources can reduce emissions, it is a long trajectory with many hurdles to overcome. The costs related to change from conventional energy sources to wind energy remain high. The price of solar power has decreased by 75% over the last seven years, making it competitive with the conventional energy sources. Onshore wind is already reaching similar price levels as solar energy. Although offshore wind is currently still around 40% more expensive than onshore wind, it is gaining momentum and, as competition increases, prices are expected to rapidly decline towards the wholesale electricity price. While costs are still higher than its substitutes, the costs of offshore wind have decreased by 60% since 2010, with expectations showing cost competitiveness in North Western Europe within the next 10 years.

Despite the potential of wind energy to significantly reduce greenhouse gas emissions and its declining prices, the Global Wind Energy Council has calculated that only 3.7% of the global electricity was supplied by wind at the end of 2015. However, wind energy is increasingly recognized as a solid investment opportunity. With approximately 10.4% of annual energy consumption in Europe derived from wind, the region is the clear frontrunner. Offshore grids accounted for just over 3000 MW of the total new wind capacity in this region in 2015, an amount that doubled compared to 2014. Furthermore, this new capacity covers 12,5% of the total newly installed energy. The main reason to opt for offshore turbine platforms is the absence of resistance as a result of horizon pollution. Offshore fields are not affected by the ‘NIMBY (not-in-my-backyard)’ resistance that onshore wind turbines face. Therefore, with decreasing prices, offshore wind is expected to expand its global market share.

Currently many companies are exploring options to green their value chains by using renewable energy sources as one of the routes. Challenges that decision makers face when transitioning from conventional sources to renewable ones include unstable energy prices, costs of change, and harsh competition. Besides economical factors, different stakeholder interests and interests come into play. To make the dilemma’s within the energy transition process more tangible, Finch & Beak facilitates teams in the Energy Transition Game, which was developed by the Games4Sustainability. In the game, players find themselves in the role of energy producers, grid operators, technology start-ups, representatives of one of the government departments, or members of a non-governmental organization. All parties aim to create solutions for the energy system, while facing the constraints of the energy transition. In their respective roles, players cooperate and interact to come up with creative, out-of-the-box solutions.

The Energy Transition Game not only simulates the real-life complexity of the energy transition, it also creates an environment where innovations are born. Interested in how to apply business design thinking and open innovation in energy transformation? Please contact Jan van der Kaaij, Managing Partner at +31 6 28 02 18 80 or jan@finchandbeak.com.

Read more on...
Related articles
How did BMW apply the 4 Action Framework to create a sustainable business model?