Tradition and Innovation at Torres

Branding based upon sustainable family values

Torres is a wine producer situated in the Spanish region of Penedès, Catalonia. The family business started in the 17th century. The strong link that has been developed between traditions and an innovative business characterises Torres. In April 2010, Finch & Beak together with IMD (Lausanne) published a case study about sustainability at Torres.

The roots of the Torres family in the Penedès region of Spain, in Catalunya, can be traced back to the 17th century, with the very first written records of wine trading in the Torres family going back to 1628. It was not until 1870 though that the family firm was incorporated.

For many years, innovation has been pooled with tradition. For instance, since 1984 Torres has put tremendous efforts in collecting and multiplying indigenous Catalan grape varieties. Some 45 old grape varieties were rediscovered, most of which were presumed to have been lost to the Phyloxera plague of 1890. Innovation also has been applied to the branding side of the business. Where Don Miguel Sr. introduced the Coronas brand, current president Miguel A. Torres introduced the global branding concept to the world of wine making and distribution, making it a key to its success. At Torres the brand nowadays stands to represent many things: (1) Spain, first and foremost, as an exceptional wine producing country with a phenomenal diversity of terroirs; (2) consistently great quality and organic production techniques; and (3) value for money. Today the value proposition of the Torres brand is summarized as 'Torres: a wine you can trust'.

Even though end consumers do not yet put a high premium on sustainability as an attribute of the wine they purchase at the local store, sustainability increasingly features higher on the retailers’ agenda across the globe. Larger retailers, such as Wal-Mart and Tesco, are pioneering new sustainability standards and are leading the way to greener pastures. For example, on February 25th 2010 Wal-Mart announced publicly its goal to eliminate 20 million metric tons of greenhouse gas emissions from its global supply chain by the end of 2015.

Based upon the super ordinate family values at Torres, numerous actions have been taken to react to the changing conditions of Climate and Market. Environmentally responsible vineyard practices have been implemented for over 30 years and several local environment protection programs have been put into place. In 2008 Torres installed permanent photovoltaic panels on a surface area of approximately 12,000 m² at the winery in Pacs del Penedès.And in 2010 Torres participated in a wind park to generate 2.8 MW of energy with an investment of €650,000. Furthermore experiments with algae are conducted to capture the CO2 from the fermentation process and electric delivery vans were purchased to green the distribution process. To adapt to climate change Torres has bought land in the Pyrenees and has started producing pinot noir and chardonnay wines from grapes grown at 1200 meters above sea level.

Torres also decreases the overall carbon footprint by reducing the weight of its bottles. The company produces some 18.7 million Burgundy-shaped bottles per year, and the introduction of a 16.7% lighter bottle reduces the carbon emissions by about the same amount. Torres also plans to reduce the weight of its Bordeaux-shaped bottles, of which 5.1 million were produced annually. The 2020 objective is to decrease CO2 with 20% and to increase wastewater re-usage to over 40%.

The folowing presentation explains how our model GLOBE-US helps with the development of sustainable businesses. Torres is used as an example. 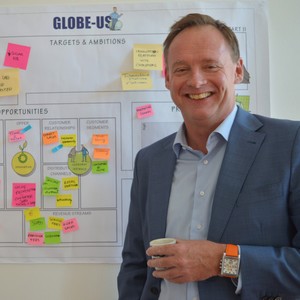 Impact of a Corporate Culture of Sustainability